After nearly two decades as Chancellor at the three San Mateo County Community Colleges, Ron Galatolo is officially out after lengthy legal and internal investigations. 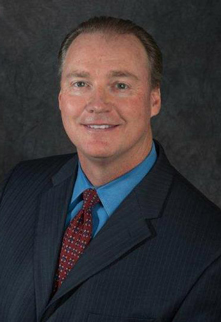 Galatolo's charges are part of a long-standing investigation by San Mateo County.

The San Mateo County Community College District has officially cut ties with former Chancellor Ron Galatolo after an ongoing investigation accused him of taking part in unethical actions in his administrative role.

According to The San Francisco Chronicle, the district attorney had been investigating Galatolo since 2019 for allegations of harassment and controversial handling of contracts.

After almost 20 years of serving in the position, the district’s board of trustees unanimously voted on Jan. 6 in favor of abolishing Galatolo’s $1.6 million contract. He has been on administrative paid leave since 2019, when he suddenly stepped down as chancellor. He’s been with the district ever since as chancellor emeritus.

When the board began an internal investigation — separate from the district attorney’s — they uncovered more unethical actions that Galatolo allegedly committed, like failing to register different contributions he received in publicly-disclosed government records.

“Through this internal review, numerous material facts were found that were not provided to the board of trustees by the former chancellor emeritus when he entered into the contract,” said board member John Pimentel. “In light of these facts, and at a time when our hard-working students are struggling to pay SMCCCD tuition and fees to invest in their futures, the board found these expenses to be unacceptable.”

Galatolo is also cited as having manipulated public funds for retirement stimulus and performing disclosed business actions with district vendors.

When reached out by the board for more information, Galatolo “refused to provide substantive responses to the board’s inquiry,” according to a statement from the Board.

In addition, the board of trustees is expected to pursue over $700,000 of Galatolo’s salary he received since August of 2019 — money they claim he didn’t earn in his abbreviated role.

“You have provided no services in return, and you have now refused merely to answer the board’s legitimate questions so that it can assess various matters that are fundamentally at odds with the underlying agreements and your ongoing employment,” wrote Thomas Nuris, president of the board, in an email to Galatolo obtained by The Skyline View.

John Pimentel was elected in the November elections to represent Area 5 as a trustee on the board. He described it as an “important goal” to address Galatolo’s situation prior to taking office.

“I am proud of the courage demonstrated by my fellow Trustees who voted unanimously to exercise the Board’s fiduciary responsibility on this matter,” Pimentel said. “We are confident the courts will agree with our action to rescind the contract, terminate all payments, and seek recovery of all funds previously disbursed to the former chancellor emeritus.”