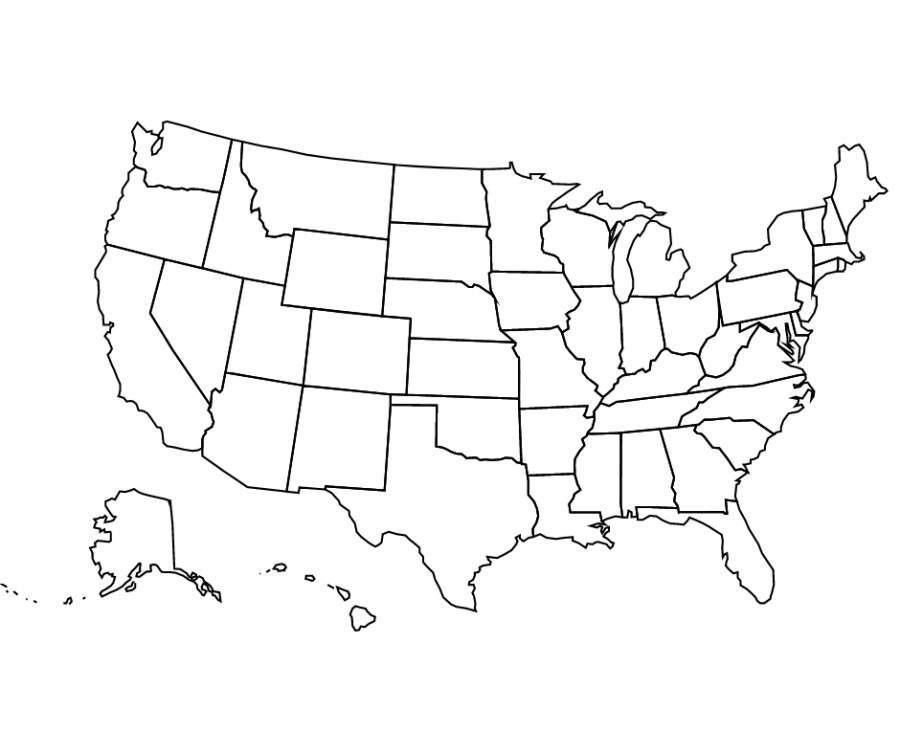 Illustration of the United States of America map

Presidential elections might be over, but the college community, along with the entire country, is debating whether the Electoral College is competent enough to be operational at this point in history or not.

Middle college instructor Timothy Rottenberg is just one of the many Americans who worry that the GOP is taking advantage of the electoral college.

“The Electoral College is an important part of the GOP (Republican) party’s strategy to maintain power over this country with minority rule, despite the fact that their voter base is shrinking at an alarming demographic rate,” Rottenberg said. “In order to maintain power, the GOP relies on electoral strategies that create non-proportional representation, including the Electoral College, the US Senate and the filibuster, voter suppression, botching the Census, and gerrymandering congressional districts.”

The Electoral College is the group of presidential electors required by the Constitution to form every four years for the sole purpose of electing the president and vice president. Each state appoints electors according to its legislature, equal in number to its congressional delegation. Federal office holders cannot be electors. Of the current 538 electors, an absolute majority of 270 or more electoral votes is required to elect the president and vice president, according to the US law. But the Electoral College is a long-debated topic in the American politics, especially with its legacy causing stirs with its connection to slavery and white supremacy.

Many other students including Shannon Hoang, a political science major at Skyline College, is appalled that the Electoral College is still being used in 2020.

“It’s an outdated system,” Hoang said. “It doesn’t make sense to me that it’s still being counted the way that it is, it was very obvious that it was an outdated system, just given the last election. … The last election was very, very close. And it was very obvious that one earned the people’s vote, whereas the other one learned the Electoral College. So it doesn’t really make sense that this is still a system in play when one of the biggest, I guess you could say, flaws was exposed last election already.”

Hoang further described how the system allowed over representation in the system comparing the importance of an average California voter to voters in Wyoming: “People vote for the president, the land doesn’t.”

While many agreed that the Electoral College was flawed, Professor Bridgette M’Guinness, who teaches political science at Cañada College, argues that if it was left to the popular vote alone, candidates would only go to states with large populations, since all they would need would be 50% plus one, and that the electoral college served the US federal system better.

M’Guinness expressed wholehearted belief in the diversity and strengths of America, and described there being a change in process.

“A giant has woken up in America,” M’Guinness said. “There were more votes cast in this election than in any other election in American history. That matters. You matter. Your vote matters.”