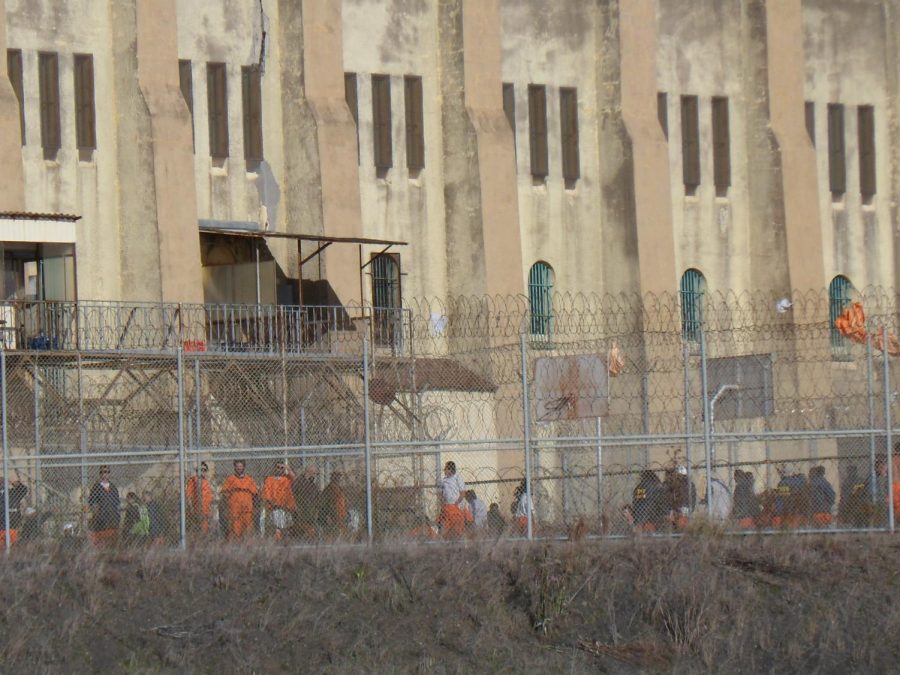 The family of one of the at least 27 inmates and employees at San Quentin State Prison who have died from COVID-19 have filed a wrongful death claim against California’s correctional system. A deeper look into the outbreak at the facility reveals what led to such a disaster.

Daniel Ruiz’s death was due to a coronavirus outbreak that was caused by a number of inmates who had not recently been tested being transferred to San Quentin, where he was incarcerated, KRON4 reported.

On May 30, 121 inmates were driven from the California Institute for Men in Chino, California to San Quentin. They had not been tested for COVID-19 at least four weeks before the transfer. Before this, nobody housed in or employed at San Quentin had tested positive for the virus. According to the Los Angeles Times, as of Sept. 10, around 2,237 had tested positive, and 27, among them Daniel Ruiz, had died.

Ruiz was months shy of finishing a sentence resulting from a non-violent drug-related conviction.

“The folks in our prisons are human beings,” said Ruiz family attorney Michael Haddad. “Many who died at San Quentin had done non-violent crimes and should have been coming back home to their families soon. It is tragic and unacceptable that some prison bureaucrats treated them as less than human.”

A number of politicians have spoken out to condemn the transfer to which the outbreak in San Quentin is attributable, among them California Governor Gavin Newsom and San Rafael Assembly member Marc Levine.

“(The transfer) is the worst prison health screw-up in state history,” Levine said. “The spread of COVID-19 at state prisons was a preventable public health disaster and a failure of (California Department of Corrections and Rehabilitation (CDCR)) leadership at the highest level.”

Julia Sherwin, another Ruiz family attorney, described the turmoil the transfer has led to, and the way the family was kept ignorant about Ruiz’s condition.

“This botched inmate transfer endangered not only prisoners, but staff and the surrounding communities, costing over two dozen prisoners and one San Quentin sergeant their lives,” Sherwin said. “Adding insult to injury, CDCR prohibited the hospital from even letting Daniel’s family know he was there and fighting for his life against this virus, until the very end. Daniel suffered alone, while CDCR kept his mom, children and siblings in the dark about his condition.”

Researchers had visited the facility June 13, and the conditions they found there were grave, according to an article published in Nature, a weekly scientific journal. Ventilation was poor, cloth masks are insufficient protection in an institution so overcrowded, and rooms in which inmates who had tested positive for COVID-19 could be isolated were not available in sufficient number.

“Given the unique architecture and age of San Quentin (built in the mid-1800s and early 1900s), there is exceedingly poor ventilation, extraordinarily close living quarters, and inadequate sanitation,” the team of researchers said in the urgent memo they published following their visit. “We therefore recommend that the prison population at San Quentin be reduced to 50% of current capacity (even further reduction would be more beneficial) via decarceration. … It is important to note that we spoke to a number of incarcerated people who were over the age of 60 and had a matter of weeks left on their sentences. It is inconceivable that they are still in this dangerous environment.”

Nine of the U.S.’ 10 largest COVID-19 outbreaks have been associated with prisons, according to a list that The New York Times maintains. It is undeniably crucial that the inhabitants of such environments are able to be tested for the virus.

Knowing this, Fyodor Urnov, a scientific director at the Innovative Genomics Institute at UC Berkeley, offered to provide philanthropy-supported COVID-19 testing services to San Quentin free of charge back in March, but had his offer rejected, according to the article in Nature. He even made the same offer again in June, when the outbreak at the facility had recently come to be, but was turned away once more.

Researchers at another authorized testing lab, one run by UCSF and the Chan Zuckerberg Biohub in San Francisco, also reached out to San Quentin officials in May and June offering free tests, but were not taken up on the offer until July, when the lab was sent a batch of samples from the prison to be tested.

A minimum of 62 inmates who had been housed at San Quentin are now at hospitals outside of the prison, according to the CDCR. On the prison’s grounds, tents have been set up outdoors to be used as medical stations for sick inmates and those who must be isolated. The CDCR has expedited the releases of at least 3,500 inmates across the state.

At a hearing that California’s senators held July 1 with the goal of identifying why it was that things went so wrong at San Quentin, federal court appointee J. Clark Kelso, who oversees medical care at California prisons, described how the CDCR lacked testing resources in March and April, and had recently been experiencing “testing turnaround time problems”. The aforementioned urgent memo, however, reveals that San Quentin has been relying on a single corporation, Quest Diagnostics, for testing, because the software it uses for health records interfaces directly with software the prison was already using. Quest Diagnostics has been intermittently backlogged throughout the course of the outbreak, which resulted in the slow turnaround times.

At the hearing, CDCR Secretary Ralph Diaz said that San Quentin inmates with 180 or fewer days of their sentences left, as well as some of those who are both at risk of developing severe cases of the virus and incarcerated for non-violent offenses, will have their releases expedited.