The Skyline View • May 14, 2020 • https://www.theskylineview.com/news/2020/05/14/california-community-colleges-file-lawsuit-against-education-secretary-betsy-devos/ 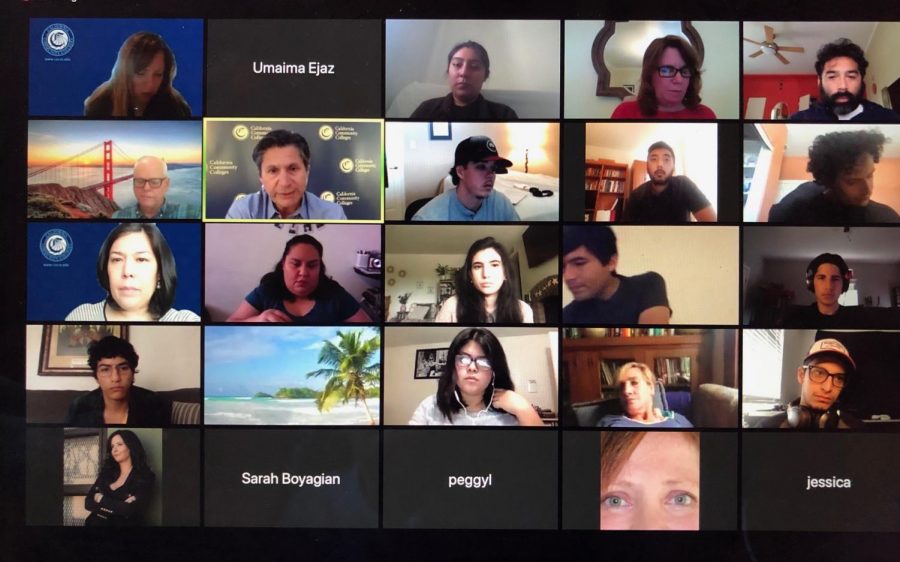 Chancellor Eloy Ortiz Oakley updated student media regarding the lawsuit filed Monday against Education Secretary Betsy DeVos during a teleconference that took place on Tuesday, May 12.

The lawsuit against Education Secretary Betsy DeVos asks for the US District Court for the Northern District of California, San Francisco, to declare the Department of Education’s eligibility requirements for emergency grants to students under the CARES Act unlawful and unconstitutional, and to halt their implementation.

The CARES Act, approved by Congress March 27, set aside $14 billion for higher education relief. At least half of the money must go directly to students in the form of emergency grants.

The interpretation of the CARES Act funding that the department of education released a few weeks back was contrary to Congress’ intent, which is what resulted in the lawsuit.

“With the Supreme Court’s long-awaited decision about the Deferred Action for Childhood Arrivals program being announced any time soon now, we will continue to stand firm behind our students, particularly our undocumented students and advocate for them to receive the support that they deserve to be successful, our campuses will continue to be a place of safety and stability for them,” Oakley said.

He hopes that they can stop the US Department of Education from enforcing what they feel are arbitrary eligibility restrictions on relief funds that Congress approved to mitigate the impact of COVID-19.

In another email, sent Monday, May 12, California Community Colleges Board of Governors President Tom Epstein mentioned the “capricious action.” The Chancellor hopes that the outcome will be some sort of an injunction that allows for exercise flexibility at the local level to determine which students should receive the aid and depending on their need now.

“Colleges have already begun to issue that aid,” said Oakley. “So, we’re hopeful that colleges that have exhausted all that aid will slow down or hold back some of those funds over the next couple of weeks. When we get courts to go ahead, we can allow our colleges to distribute funds to some of the student groups, which are currently restricted from receiving those funds now.”

It is not clear to anyone how this process that has begun will ultimately play out, but one can hope that some positive changes will come out of it, despite how slowly legal processes like these tend to move forward.