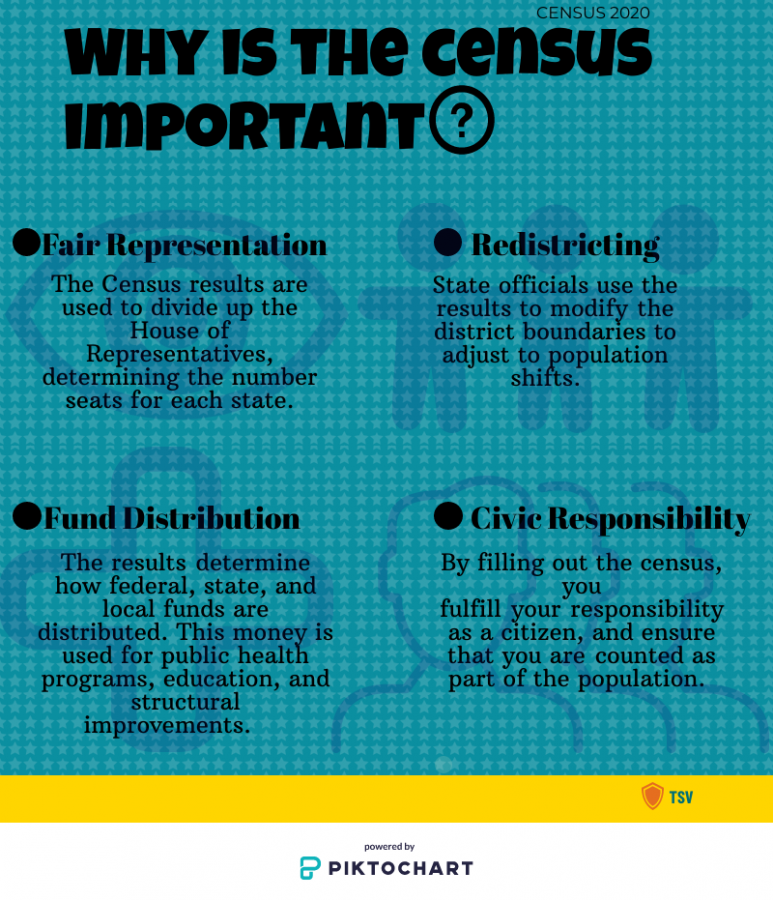 Editor’s note: This article has been updated since its original publication to include another interview for a clearer context.

Last month, California Community Colleges Chancellor Eloy Ortiz Oakley held a teleconference meeting that was attended by California community college student media representatives, during which he brought up the risk of college students in California being undercounted in the 2020 census, and why it’s important that this is avoided.

“It is important that students are fairly represented by our congressional leadership,” Oakley said. “The resources that we need and representation, will be impacted by how many people are counted in the 2020 census.”

According to Rob Chua, a consultant for the Pilipino Bayanihan Resource Center (PBRC), a nonprofit organization that has been around since 1989 that provides services for the Filipino community in Daly City and San Mateo County, provided a lot of outreach to promote filling out the census.

“I personally have been getting them various funding to do all kinds of outreach, because North San Mateo County, specifically Daly City, is a very challenging place to do census work — There are a lot of hard-to-count areas,” said Chua. “My goal was to leverage PBRC’s position in the community as a trusted member of the community — you know, a group that provides a lot of services — to get people to self-respond to the Census through various grants. We have been able to do a lot of that work.”

According to Chua, college students being undercounted in the census has been a historical problem, and there are multiple reasons for this.

“They don’t know they are supposed to, because not enough is being communicated about the census to students, I think — and that’s all kinds of communication: Maybe they don’t speak their language, maybe they are not accessing the right spaces to do that, not leveraging the correct student partners,” said Chua. “Another thing is that, depending on where students live, it could be hard to access dorms that might be locked; If it is not dorms — apartment buildings that kind of thing — or, let’s say, roommates because it’s inside one household — So, a roommate might not want to fill out the census for the rest of the people in the house, even though they are supposed to. A lot of different things can lead to undercounting.”

According to Chua, there has not been a lot of focus on the 2020 census and it seems that many people do not know what they get from the census, and the effects of undercounts.

“Every representative represents a certain number of people, so if there is an undercount that will determine if a seat gets eliminated completely,” said Chua. “So, if you think about services like WIC (the Special Supplemental Nutrition Program for Women, Infants and Children) or SNAP (the Supplemental Nutrition Assistance Program), a lot of these services that are being utilized right now — A lot of that gets figured out by looking at the census numbers, because the census is the best count of how many people are supposed to receive those services. So, that’s why a lot of these public social safety nets rely heavily on the census count.”

Chua pointed out how California college students being undercounted could affect them directly, since the census has an impact on funding for education.

“[For] community college students — and I would imagine for all students — [resources] that tie to education, whether it be the nonprofits, health services, any government funding — looks at the census,” Chua said. “… Community colleges are at risk for losing some funding, and a lot of the funding is determined by the kinds of students, and the student population that resides at a certain campus and in a certain area.”

According to Public Policy Institute of California’s (PPIC) article “Counting California: Challenges for the 2020 census” by PPIC vice president of Research and Senior Fellow Sarah Bohn, PPIC Senior Fellow Eric McGhee, and PPIC Director of Content Strategy Lynette Ubois, many people in California will be at risk for not being counted in the 2020 census.

“72%, in the latest estimates, belong to at least one group that has historically been undercounted in the census,” the article reads. “Hard-to-count communities exist in every part of the state, which means virtually every community must think about how to address the census to ensure an accurate count.”

The California Community Colleges website recommends that students visit the census website if they have any questions or want more information. They also say that many California community college students are from communities that tend to be undercounted in the census, but that they are trying to increase the number of said students that are counted.

“These efforts will include census messaging to colleges and students through various channels, including statewide awareness campaign outreach and leveraging existing partnerships, networks, and digital and online resources, such as websites and social media,” the California Community Colleges website reads.