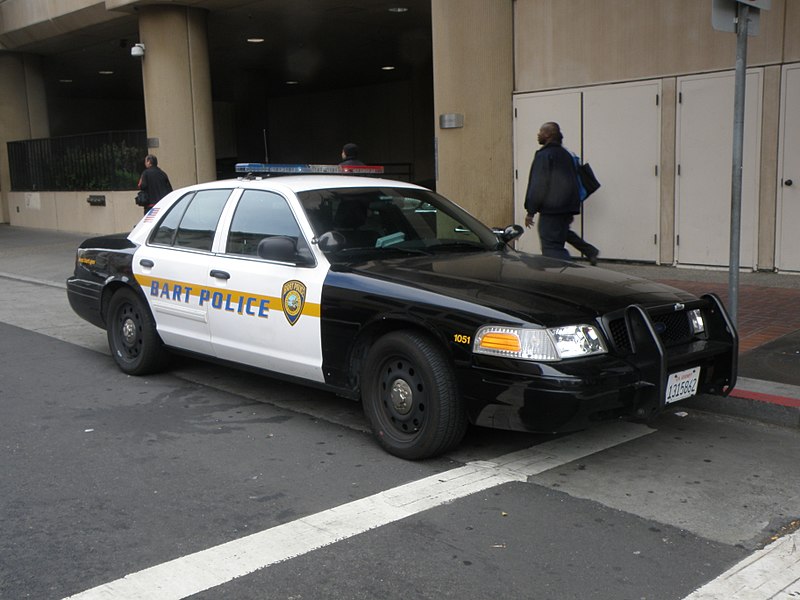 Ford Crown Victoria BART Police is seen here in this image on 29. June 2012

BART police have been issuing an increased amount of fare evasion tickets over the past two years. The problem is that these tickets are affecting certain communities to a greater degree than others. From 2018 to 2019 18 percent of tickets went to white riders, 15 percent to Latinos, 4 percent to Asians, and the remaining 44 percent of these tickets went to African-Americans. Keep in mind that African-Americans only make up an estimated 12 percent of BART riders. This has been a trend in BART Police ethics for the past two years at the least, implying that BART officers are likely being biased in who they stop and who they don’t.

Some may argue that BART tickets are affordable and that if anyone doesn’t want to pay the citation, then they should pay the $2.50 for a ticket. And yes, a BART ticket may be fairly cheap to the average person who rides the train, but at the same time, it may be a serious burden on those who are transient or homeless.

William Paul Davis and Rene Davis are transient siblings who travel together. They were camped out at the local San Bruno BART station. Davis explained how he once received a ticket from BART police years ago and he wasn’t able to pay it until recently.

“When I first got it, it was like $88 so of course, I couldn’t pay it, so I let it sit,” Davis said. “One day, I went to court over it and found out it was outrageous. It was in the thousands. Luckily for me, I had a good judge, and he knocked it back down to the original price.”

His sister Rene Davis explained that even one of these tickets can be detrimental to one’s economic status, due to them adding additional charges monthly that continue to pile up.

The San Francisco Chronicle reported last year that 37 percent of San Francisco’s homeless population was black. They also said that in Oakland it has increased to 47 percent and that Berkeley has seen a 13 percent increase in the homeless in the past two years.

These three cities are the ones that see the most BART traffic. It may be possible that BART police are targeting the homeless members of the black community most of all. After asking around Oakland, San Leandro, and San Francisco BART stations, not many answers were found. Most people were too busy to be bothered to be interviewed, but as for the few that stopped, they had similar stories, claiming that they had never had any serious run-ins with BART police or received a ticket from them.

The few that answered were not homeless, but they were African-American. To get a full view of the subject, it seemed best to consult San Bruno BART police, to see if they would answer any questions, but they denied speaking and provided a different number to call for any question that may be present. This number only featured an answering machine that automatically repeated the BART schedule, then plaid a message that said, “We are not accepting messages at the moment.” It then hung up.

BART hasn’t addressed the racial aspect of this issue in-depth, but throughout the years there have been efforts to help the homeless population by doing collaborations with the Salvation Army and the American Society for the Prevention of Cruelty to Animals, to donate BART cards, provide more shelters, and other things of a similar nature.

If you would like more information on these efforts or would like to provide your support, you can find additional information on BART official website, www.bart.gov. If you are worried about receiving a BART ticket yourself, you can read BART’s “Customer Code of Conduct” at that site as well.