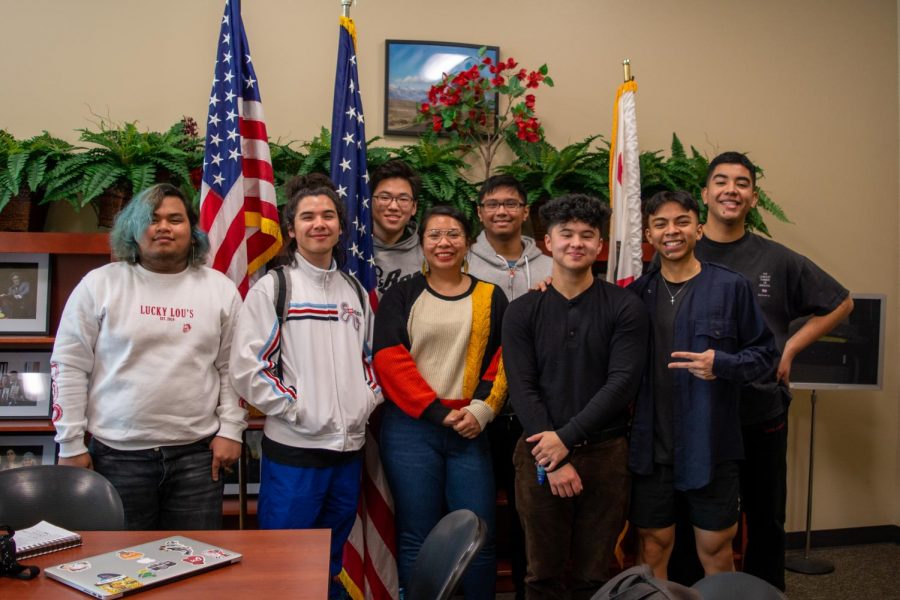 Student poets grace Skyline College by instituting the campus’ very own Open Mic Club this month, fostering students’ creative zeal to perform, and to express and heal themselves through art.

The Open Mic Club was spearheaded by spoken word artists Donovan Chapman and Nicholas Soriano-Smith, who act as the president and vice president, respectively. The two of them share a belief that sharing your craft and artistry in open mic is cathartic. They expressed their opinion that open mics are the best avenues to be vulnerable and to be unafraid of what you’re feeling.

For Chapman, the idea of needing an open mic in Skyline College came into being after being into several open mic events, observing that the majority of the audiences were comprised of middle-age adults.

“Basically, we just wanted to know if there’s anything like that [open mic] at Skyline,” Chapman said. “Because, also, a problem is — going into the city, like whether it’s Oakland or SF — there aren’t as many people our age. It’s people who are probably in their late 20s and up.”

Additionally, Chapman believes that open mics provide opportunities for people to share stories that differ from how they are usually depicted as people of color.

“Each open mic is a little window,” Chapman said. “You get a lot of people who have the hobby of words, speaking, and art, and I think that lends itself to being critical. And so, you’ll get a critical view of life, like those people.”

For Nicholas, open mic is an opening to speak a piece of your identity.

“The open mic is a place where all walls are down,” Nicholas said.

“This is an opportunity for me, in a couple of minutes, to be vulnerable in any way that I feel like, and communicate any thought that I have, any feeling I have, like in the form of poetry or music. It’s a way I let my soul speak.”

Nicholas also finds self-expression through poetic and artistic means to be soothing and therapeutic, both for the performer and audience.

“What’s even more important is that it’s relatable to other people,” Nicholas said. “And no matter how obscure somebody’s perspective may be, there’s somebody with whom it will resonate, somebody will find it, and it will be an important piece of art to somebody.”

“And you will touch people through art, and I think that’s the most beautiful thing about self-expression,” he continued.

The two also hope that this community will last and be active even after they graduate, expressing desire for people to continue to come and share, for the people who’ll come and listen.

Language arts professor and Filipina poet Janice Sapigao believes that forming this organization is fundamental, particularly due how it contributes to upholding and fortifying students’ freedom of expression.

“There aren’t a lot of places where people can share their opinions safely, or as brilliantly as the opinions and ideas [actually] are,”

said Professor Sapigao, Open Mic Club’s adviser. “I also think a lot of people — students in particular — come to open mics because there might be other parts of their lives that do not allow them to be their whole, full, entire selves.”

Professor Sapigao also believes students’ pieces do not need to be perfect in order for them to express themselves at an open mic. As performers, students should, as Professor Sapiago put it, “allow art and poetry to exist in all of its forms”, and not stress about whether they live up the idea of what a good poet or artist is.

Michael France Sagum, a social and behavioral sciences student, was pleased to hear the good news of the club having been created, and made sure to join it.

“I used to do a lot of spoken word poetry when I was in middle school and high school,” he said. “I stopped writing because I had other responsibilities. And now I’m just really glad that there’s a space for me to start writing poetry and performing again.”

Sagum also expressed that he anticipates a variety of events and showcases to take part in during his stay in the club.

The Open Mic Club held its first meeting Feb. 5, discussing the club and planning the next steps for its future.