Woman opens fire at YouTube Headquarters, wounding 3 before killing herself 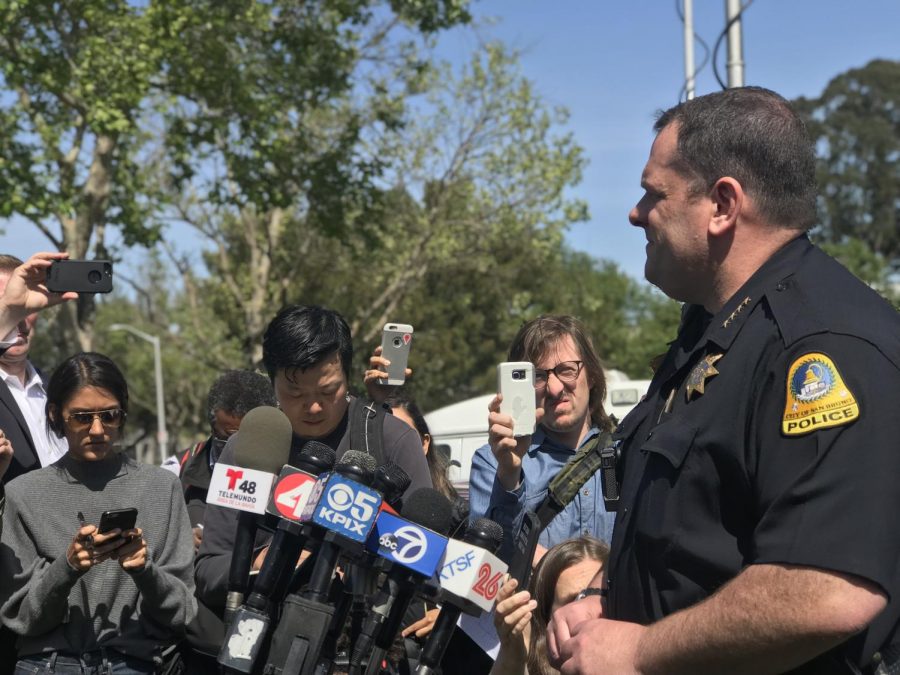 A woman opened fire Tuesday at YouTube headquarters in San Bruno, California, wounding three people, one critically, before killing herself.

YouTube headquarters has been placed on lockdown following the reports of shots being fired. San Bruno police officers along with San Mateo County sheriff’s deputies rushed to the scene after the first reports of gunfire arrived at 12:46 p.m.

“We have four victims who have all been transported for gunshot-related injuries,” Barberini said. “And we have one subject who’s deceased inside the building with a self-inflicted wound that at this time we believe to be the shooter.”

Responding officers encountered one victim with an apparent gunshot wound toward the front of the building before finding the suspect and two additional victims at an adjacent building.

According to Brent Andrew, spokesman for Zuckerberg San Francisco General Hospital, the hospital received three patients: a 27-year-old woman in fair condition, a 32-year old woman in serious condition and a 36-year-old man in critical condition.

Later, Barberini said that the suspect used a handgun.

The motive in the shooting was not direct, nor was the relationship between the victims and the shooter.

Hundreds of workers were evacuated by police with hands above their heads.

“It was very chaotic, as you can imagine,” Barberini said.

David Garon, business major at Skyline College witnessed the evacuation scene as his bus pulled over.

“The bus just takes me right past YouTube,” Garon said. “So when they told us we needed to get off the bus, that’s when police were going hella fast with their sirens.”

Armed police surrounded the facility, accompanied by armed SWAT vehicles stationed outside of the building. Police officers patted down employees one by one, evacuating the campus to a neighboring parking lot, which was also surrounded by police cars.

Todd Sherman, product manager at YouTube, tweeted, “We were sitting in a meeting and then we heard people running because it was rumbling the floor. First thought was earthquake.”

“The best information we have is that the situation is contained. We are very actively monitoring and working with local authorities and hospitals,” Pichai said. “It’s with great sadness that I tell you—based on the latest information—four people were injured in this in this horrific act of violence. We’re doing everything we can to support them and their families at this time.”

House Minority Leader Nancy Pelosi tweeted, “My staff & I are closely following developments from the active shooter situation at YouTube HQ in San Bruno, CA. Thank you to our heroic first responders. Our Bay Area community – and all American communities – deserve real action to #EndGunViolence.”

“From everyone at Apple,” Cook tweeted. “We send our sympathy and support to the team at YouTube and Google, especially the victims and their families.”