Developments cause chaos on campus 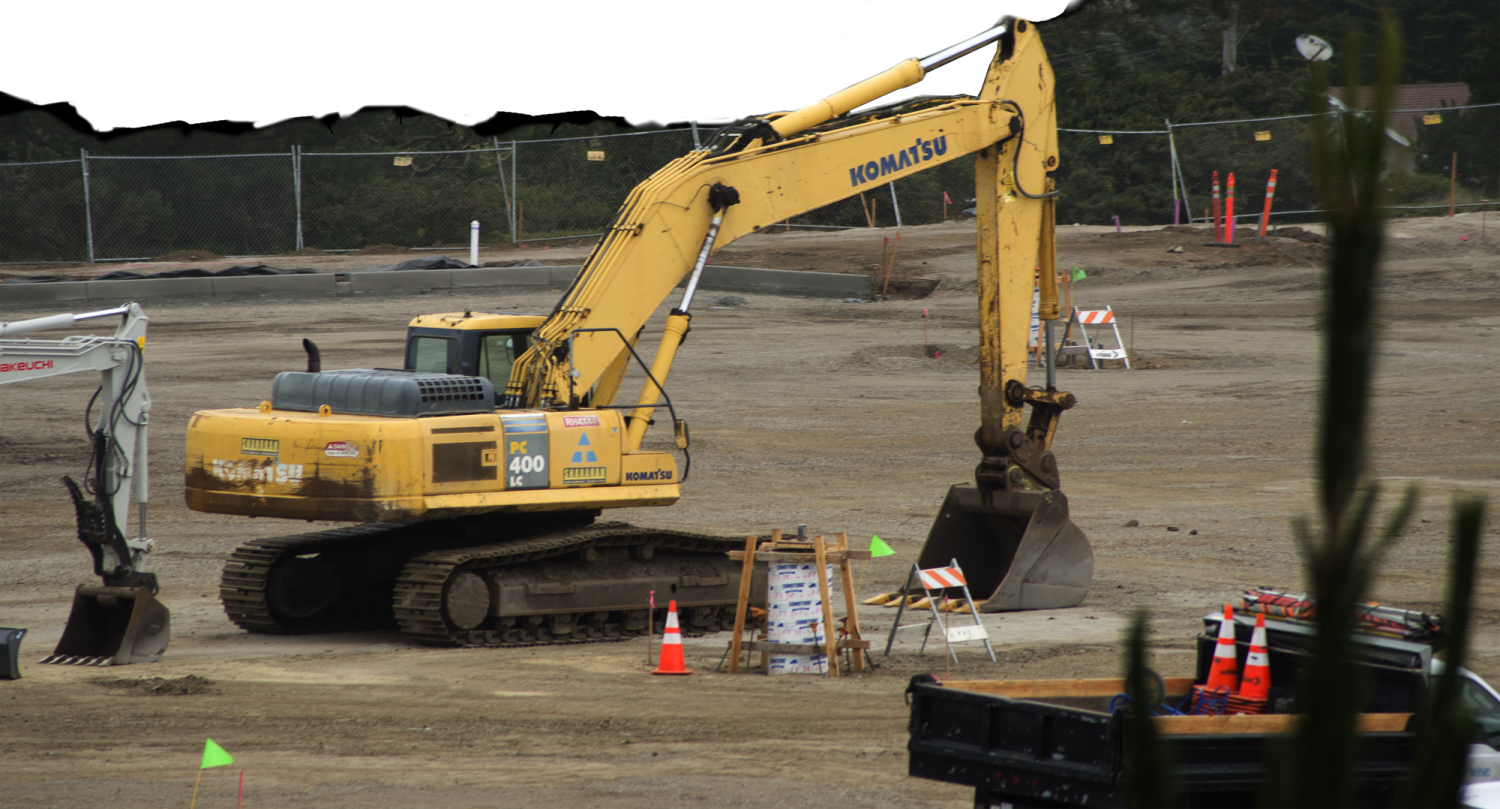 The first day of school for many is a mix of excitement, anxiety, and nerves but perhaps never more so as when students arrived on campus to find a scarcity of parking spaces.

Skyline’s student drivers are feeling the strain as construction of the first of three major projects to enhance the campus have reduced parking. Parking lots that have never been utilized before were full by 9:30 a.m. and students, frustrated with the lack of parking, decided to risk parking illegally in order to find a spot and rush to class.

For some, that meant parking much farther away from the campus than they were used to. Others had to park off campus in the San Bruno neighborhoods. Students parked in access aisles, fire lanes, visitor parking, parked at a curb, or hopped the curb and parked.

Luckily for motorcyclists, and Criminal Justice student, Kevin Linares, there have been no issues finding parking for motorists.

The first and most significant at the moment is the renovation of lot L which was the gravel lot and the small paved parking lot in front of building 19 in Pacific Heights, with lot L and parts of lots F and G closed.

The following day, rows of parking opened up in lots F and G. Although this partially eased parking issues, many students are still having trouble finding parking spaces.

Paige Dickson, another Skyline student, acknowledged that the inconvenience lay in the construction happening right as the school year began.

“I come to school really early now,” said Jamie Diosomito, a Nursing student, after she drove around for an hour looking for parking.

Cherie Colin, Director of Marketing, Communications and Public Relations at Skyline offered an option to student drivers that are having trouble finding parking, “We encourage people to take the [Skyline College Express] shuttle from Daly City Bart”. She also acknowledged that parking in lots A, P, and N should be explored since those lots stood mostly unused in previous years.

Taking public transportation would lessen parking issues but could take three buses and three times as long to reach the campus, for those that live outside of the shuttle radius.

A solution is currently being investigated that could remedy this.

“We are currently exploring a carpooling platform through our partnership with Commute.org to encourage carpooling in an organized fashion,” said Colin.

As for permits, parking is currently being enforced by Public Safety Captain Jim Vangele. Violation tickets will be given out for impeding the flow of traffic or parking in a fire safety lane, but tickets can be appealed, Vangele acknowledged.

The renovating of lot l will cost $5 million dollars as part of the Measure H Bond which San Mateo County taxpayers voted for. Along with lot L, Loma Chica’s interior and playgrounds will be updated and the archery range will move to lot N. Although lot L parking will upgrade from 310 partially paved and dirt spaces to 500 fully paved spaces by November 2017, the total amount of parking available will fluctuate over the next several years due to the other construction projects.

The other two projects Skyline has lined up are the construction of Building 12, the Environmental Science Building and the demolition of building 1 to make way for the new building 1, the Social Science and Creative Arts Complex.

Construction of the new Environmental Science Building has a budget of $40.7 million. With the new building, students and faculty alike can look forward to two new classrooms, two lecture halls, a catering kitchen, a gallery, and an outdoor gathering space. Parking and the existing Loop Road will be rearranged to accommodate for the building which will be built on Vista Ridge. The groundbreaking ceremony for the building will take place on October 3, 2017 and the building will officially open in December of 2018.

Starting in the summer of 2018, work will be underway on the new Social Science and Creative Arts Complex. After demolition starts, the new building 1 won’t be open until fall of 2021. This project will include a new 520 seat performing arts theater, 220 seat recital hall, a black box theater, a ceramics facility, music rooms, and an art gallery. Skyline has pledged to send out notices of any upcoming road closures for the duration of these projects.

The building’s budget is $160 million and will be designed by Snøhetta, an architectural company that designed the San Francisco Museum of Modern Art expansion.

We are “lucky” to have them, [Snohetta], design a building on our campus because such prestigious companies rarely design for community colleges, said Colin.