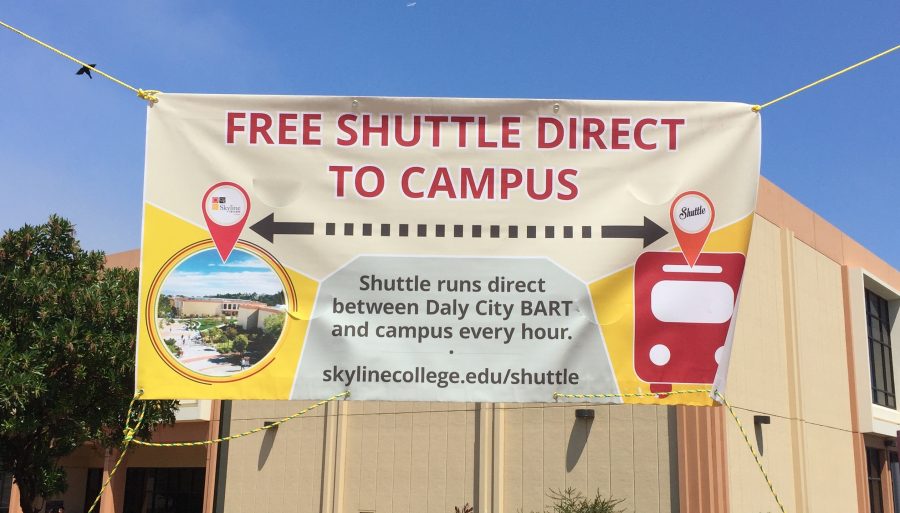 Skyline implements a new, free method of transportation for students to get to school.

Setting up a table next to the Skyline College bus stop, Paz greeted commuters with information on the shuttle, such as the bus schedule and arrival times to each destination. There is a rewards program in place as well, which awards a five dollar credit for World Cup Coffee and Tea to the first 100 students who ride the shuttle 10 times between Aug. 17 and Aug. 26.

According to Paz, the first shuttle was full, and subsequent shuttles arrived on time. There was minimal to no problem with the shuttle on the first day, everything is going very well with the program thus far.

Part of the Last Mile Transportation Initiative, headed by the Skyline College President’s Council, the shuttle is poised to make commuting to school much easier, both for new and returning students.

Reception about the shuttle also appeared to be positive, as Paz recalled some students saying that waiting times were much better than those of the regular buses. The shuttle will run for two years under its current plans, and the President’s Council is considering expansions to Serramonte and South San Francisco if its success continues.

For more information on the shuttle program. Visit their page at http://www.skylinecollege.edu/maps/shuttle.php