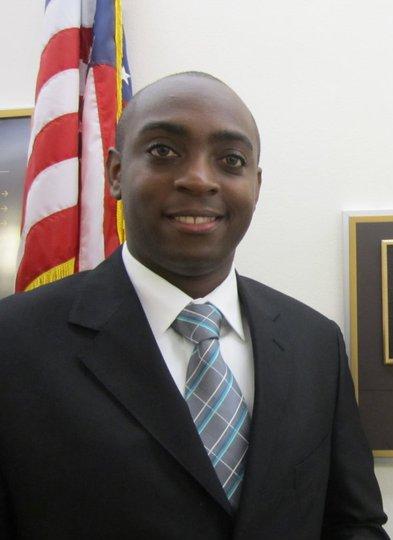 The ASSC elected a new student trustee in its April 14 meeting.

Barry Jointer, from College of San Mateo, beat out other candidates Patty Gladstone from Skyline College and Hermila Hernandez from Cañada College. Jointer earned the title in the student government’s student trustee appointment panel meeting, in which they chose between the three candidates that moved forward from each college.

“Barry Jointer is a mature individual with good leadership qualities and a student-centered focus,” said ASSC President Raymond Parenti- Kurttila. “I am confident he will display a genuine effort in representing the voices of students from across the district.”

In a closed-door meeting, a panel of seven students (two student-body officers from each of the three colleges and the outgoing student trustee) interviewed and cast secret ballots to select the new student trustee. Jointer was chosen in a unanimous vote.

“I couldn’t be more honored to have been chosen,” Jointer said. Jointer also expressed his eagerness to make sure the severe budget cuts have as little impact as possible on the students.

Patty Gladstone was the only Skyline student running for student trustee, although there were several write-in candidates who earned a vote or two each. Gladstone earned the overwhelming majority of the votes here at Skyline (with 85 votes) before moving on to run against the other candidates. The tally confirmed that fewer than 100 Skyline students voted, and even fewer than that took it seriously (one write-in candidate was Chuck Norris). For Gladstone and many others in student government, this is troubling because it seems that students don’t care who represents them. Gladstone urges students to understand the importance of their support of student government.

“When they were first talking about the cuts a year ago in the cafeteria . . . I said to them, ‘You’ve got the most important thing: your vote!'” Gladstone said. “‘Go out and vote! It’s free!’ and I bet you half of the student body didn’t vote.”

The voting period for the student trustee is over, and the voters have spoken, but general elections for the rest of student government will be happening soon. Student participation is encouraged by all those currently serving on student government.